What Is Reggio Emilia

The Reggio Emilia Approach to Early Childhood Education is named after the town of Reggio Emilia in the Emilia Romagna province of northern Italy. In Reggio Emilia, publicly funded schools provide education for children from birth to six years. These schools have been described as among the best in the world.

The schools of Reggio Emilia began as a parent initiative. With the end of World War II, parents in Italy banded together and founded the town’s first pre-school. They had a vision for a new kind of school where children would be treated with respect and parents would be active participants in their children’s education. 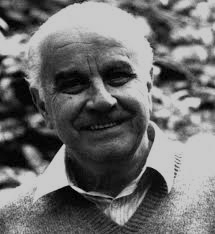 The parents sought the help of educator Loris Malaguzzi (1920 – 1994) to set up schools that reflected their vision. From the start, the Reggio early childhood approach reflected openness and responsiveness to new ideas and developed a curriculum that differs from the rigidity of public schools. His approach was to stimulate long-term in-depth research projects as the primary path to learning, which is one of the fundamental features of Reggio that inspires and sets it apart from conventional settings. Throughout his whole life and work, Malaguzzi inspired and guided educational reforms to early education across the entire globe.

International recognition of the Reggio preschools exploded in 1991, when a panel of experts commissioned by Newsweek magazine identified the preschools of Reggio Emilia as one of the “best top ten schools in the world” (Newsweek 1991). Also, this innovative educational approach has made an impact quickly worldwide through the Hundred Languages of Children exhibits. This display is a traveling exhibition that has been telling the story of the Reggio Emilia educational experience worldwide to thousands of visitors for over twenty-five years.

Today, leading corporations and institutions are increasingly adopting the Reggio Emilia approach for their preschool programs. Google and the World Bank, for example, have become prominent users and advocates for this approach to early childhood education. Today the Reggio Emilia Approach is used by them and over 5,000 other schools worldwide.

The following video, “The Hundred Languages Of Children,” shows a wonderful view of the Reggio Emilia philosophy in a modern classroom environment.

What is the value of Reggio philosophy

The Reggio Emilia Approach is an educational philosophy centered around preschool and primary school children. It allows young students the chance to participate in decisions regarding their own education, places an emphasis upon self-expression, cooperation within the community, creativity, and a respect for the natural world. Our environmental approach to integrating subject matter into the curriculum aides in a true understanding and teaches children respect for our earth. As a result, the Reggio Emilia approach provides the following value:

Reggio is successful because it results in

Your child is successful at CIJS because

Creative Inspiration Journey School makes it easy for prospective parents to visit our early education center located in Winter Springs, Florida. We look forward to showing you how excited we are to offer what we believe is the best educational philosophy in the world!