The following example shows excerpts of documentation from the Moon Project. This was a science project, but the documentation shows how other subject areas were integrated throughout the lesson.

Heading to the Moon – A Journey for 3 year-olds

We decided we wanted to take a trip to the moon and see the stars. This is how our story goes! 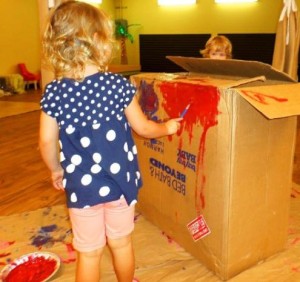 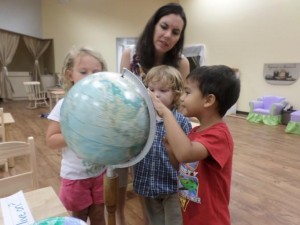 Here we focused on geography, compared characteristics of our earth with those of other planets, and the children began to locate themselves in the context of the larger earth. 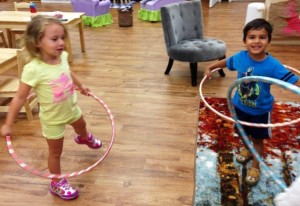 Here children used their own bodies to represent Saturn. Then they pretended that the hula-hoops were the rings. In doing this, they formed a mental concept of Saturn and its rings, and they practiced gross-motor skills. 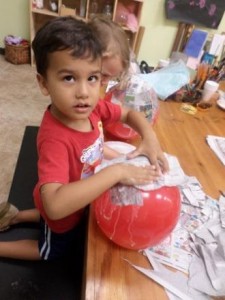 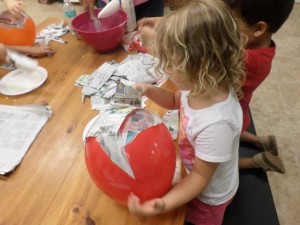 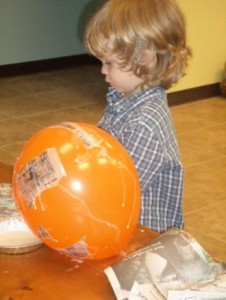 Children engaged in engineering designs for planets and for installing them, used math to measure the spatial relations of the planets, and practiced vocabulary for scientific, building, and artistic terminology. 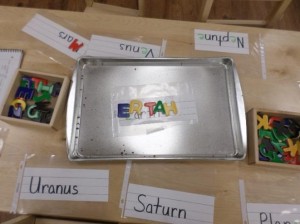 This portion of the project included letter recognition, beginning sounds, forming words, and scientific knowledge about the planets and their configuration.

Back to Approach to Curriculum

Creative Inspiration Journey School makes it easy for prospective parents to visit our early education center located in Winter Springs, Florida. We look forward to showing you how excited we are to offer what we believe is the best educational philosophy in the world!